You are here: Home > A Garden for Ghana Project: Groups & Garden Design 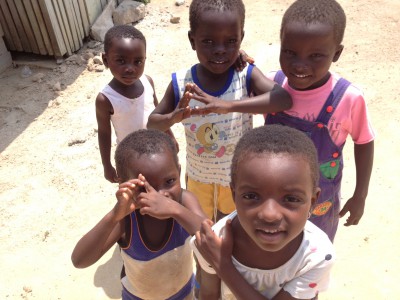 As a part of the Garden for Ghana Project that linked students from Los Gatos High School and the Yamoransa community this past school year, high school students were able to split into three groups that both worked individually and interacted with each other to help instigate change in one African community.

The fundraising group helped to design a fundraiser in mid-May 2014 that would raise funds to help supply materials for the First Pilot Project in Yamoransa. The proceeds were used in late May to buy necessities such as fencing, seeds, plants, and other gardening materials that made the First Pilot Project possible. In addition, some of the proceeds were used to buy gifts for some of the authoritative members of the Yamoransa community.

The plant group designed a plant list and ultimately worked to establish which plants may be useful to grow in Yamoransa by identifying  specific plant characteristics  that were thought to be necessary for restoration. These included habitat restoration, erosion control, long-term sustainability, acceptability into the Yamoransa community, use as an edible, reliance on available resources, providing income, restoration of coastal forests, aesthetics, native to the region, and herbal properties. Plants that were native to Ghana and could survive in sandy and lateritic soils were analyzed by their adherance to the properties listed above.

The landscaping group drew sketches by tracing over pictures of eroded soil and adding certain plants, waddles, and other design additions to the landscape. These beautiful sketches were auctioned off at the fundraiser in late May. The club as a whole also learned about the landscaping techniques that were to be used in Ghana by doing a simulation garden design project behind their school campus. They added compost, waddles, fencing, and leaves to a small plot. The club is hoping to expand this school garden plot  during the 2014-15 school year in  order to both learn about gardening techniques in Africa and help to spread awareness about the importance of growing native plants and eating locally grown edibles. 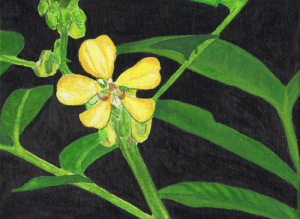 This is her second year working as an intern at CNGF. She will be attending UC Davis in the fall studying civil (environmental) engineering.